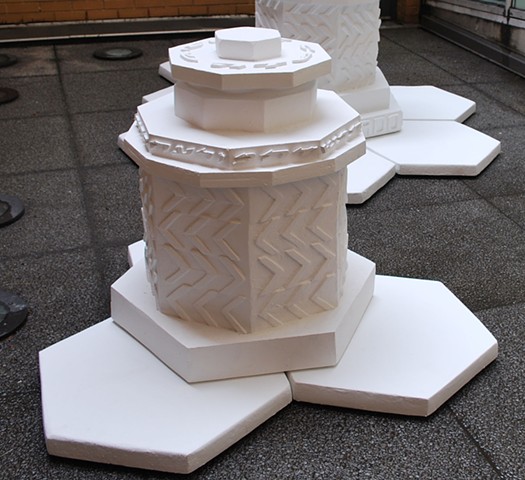 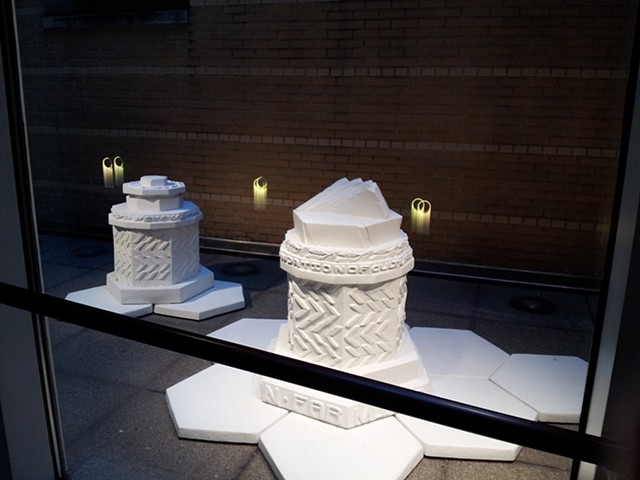 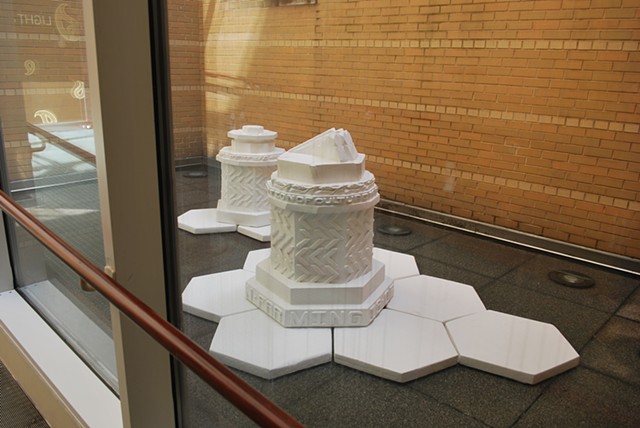 "Aaron David Gordon (1856 - 1922), commonly known as A. D. Gordon, an early and influential Zionist, was one of the founders of Hapoel Hatzair (The Young Worker), a group active in Palestine in the first decades of the 20th century. In accordance with Gordon’s ideals, the group followed a socialist and pacifist agenda, aiming to establish a Jewish foothold in Palestine through the conquest of land through labor.

This sculpture, created for the Yeshiva University Museum Sculpture Garden, pays tribute to Gordon by merging motifs evoking the modern agricultural process and the language of ancient structures. Integrating shapes drawn from 20th-century farming equipment with designs based on biblical-era forms, Weinberg celebrates the longstanding tradition of physical labor within Israeli society.

A passage from Gordon’s essay on “People and Labor” is represented in relief on the taller of the two pillars: “Culture is whatever life creates for living purposes. Farming, building, and roadmaking – and work, any craft, any productive activity – is part of culture and is indeed the foundation and stuff of culture.” A phrase from the folk song “Shibolet B’Sadeh” is represented around the base of the second, shorter pillar". - J. Wisse